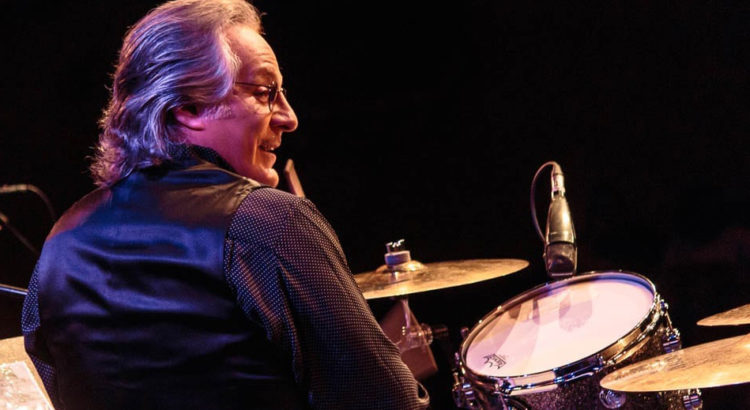 Take a trip on the Polar Express, departing this month in New Jersey. Michael Izzo/ DailyRecord.com

If a drummer is going to survive as a musician, he needs to know how to play almost everything and anything.  Or, as Max Weinberg put it, “A drummer’s job is to know every song, or you don’t work.”

As longtime drummer for the E Street Band, Weinberg has not had to worry about finding that next gig for a while.  But he has not forgotten that discipline of being familiar with a broad array of material.

At the same time, “Mighty Max” (as he is known) admitted that playing vintage rock, blues, and R&B songs is not just a job for him.  It is a passion and a pleasure.

“I love sitting in with someone else,” said Weinberg, whose resume also includes former bandleader for Conan O’Brien’s talk shows.  “I’ve done it at weddings.  I’ve done it at bar mitzvahs.  I’ve even done it at the White House.”

His versatility and his affection for the material are combined in his current project: Max Weinberg’s Jukebox.

Backed by Glen Burtnik & the Weeklings, Weinberg lets concertgoers determine the set list for his Jukebox shows. Audience members may choose from about 400 songs to request. (Sorry, Lynyrd Skynyrd fans. “Free Bird” is not on the list.)

Max Weinberg’s Jukebox will next stop at the Newton Theatre tomorrow night.

“I love this format because of my enjoyment playing old rock ’n’ roll,” said. Weinberg. “But it also comes from going to a show and not hearing the song you want to hear. This way, people let us know what they want to hear.”

Weinberg sets the ground rules for the Jukebox shows at the start. But he is not above bending those rules, depending on circumstances.

He recalled one concert at which a fan called for Led Zeppelin’s “Rock and Roll,” which is not on Weinberg’s list. “But the drum intro for that song is derived from ‘Keep A-Knockin’’ by Little Richard,” Weinberg said. “It actually came off great.”

Certain songs seem to recur at the Jukebox shows, including “I Can See for Miles” by the Who, “The Weight” by the Band, “Rocky Mountain Way” by Joe Walsh, and “Jean Genie” by David Bowie.

“We always get requests for ‘American Girl’ or ‘Breakdown,’” said Weinberg, referring to two songs from the catalog of Tom Petty, who died this past fall. “Tragically, those songs have turned into tributes.”

Other artists frequently requested include the Beatles, the Monkees and Neil Diamond.

Weinberg said he even enjoys playing songs that are not necessarily drum-oriented. He noted his affection for “Summer Song” by Chad and Jeremy. “It’s not a big drum part, but I love that song,” he said.

Interestingly, one particular artist who has never been requested at Jukebox show: Bruce Springsteen. “Not one person has shouted out for one of Bruce’s songs,” said Weinberg. “I’m shocked.”

Weinberg added, however, that he knows what his association with the Boss has done for him. “I can’t describe to you how I proud I am to have played on Bruce Springsteen’s records,” he said.

With Springsteen firmly ensconced on Broadway for the next few months, Weinberg has time to tour with his Jukebox show. He sees these concerts in almost spiritual terms.

“In my religious heritage, we have something called ‘tikkun olam,’” said Weinberg, referring to a Jewish concept of acting in a way that is constructive.

“The idea is that you spread light in the darkness. When you move to a rhythm, you’re not thinking about your problems,” Weinberg said.

With that calling, Weinberg (who turned 66 in April) said he has no intention of hanging up his drumsticks. “As long as I can play for four hours at full bore, retirement is not on the horizon,” he said. “When I play, I’m 14 years old again.”