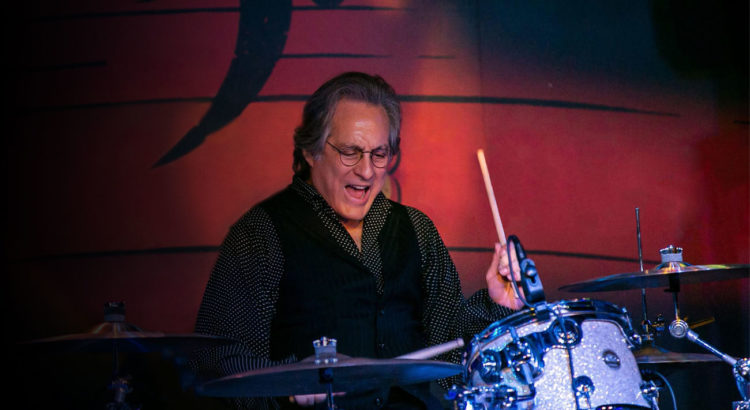 The Max Weinberg’s Jukebox show at the South Orange Performing Arts Center, April 6, is a homecoming on two levels. The E Street Band drummer grew up in South Orange. Also, he’s no longer a New Jersey resident (Bruce Springsteen and Patti Scialfa are the only current E Street Band members who still are), having recently moved to Delray Beach, Fla.

Weinberg — who also has Jukebox shows scheduled for Hopewell, Colonia, Asbury Park and New York — began presenting them in the summer of 2017, playing cover songs (mostly requested by audience members) with three members of The Weekings: singer-bassist Glen Burtnik, and singer-guitarists Bob Burger and John Merjave. A huge list, from which audience members can select songs, is scrolled via video at the shows. The songs are mostly classic-rock standards, by artists such as The Beatles, The Rolling Stones, The Who, The Monkees and, yes, Springsteen.

I talked to Weinberg last week, via phone.

Q: I saw one of the Jukebox shows — I think it was the first one, at the City Winery in New York.

A: Yeah, that was the first one that was done after the concept was created, and that’s about 120 shows ago. I’ve been really busy doing it, and it’s been fantastic.

A: Oh, no, it’s different every night. That’s the cool thing about it. It’s different songs. We’re adding songs all the time. After 120 shows, we’re tight as a drum, you might say. A lot of interesting things have happened where, if a song is not on the list, very often, we’ll give it a shot. That’s the Jersey training. That’s what unique to coming up in the bars and joints in Jersey. You’ve got to know every tune that people might call out.

So, yeah, it’s two years of playing. The concept is the same: People call out songs, and we play ’em.

Q: Have you added songs to that long list that you scroll?

A: I have. There are probably 50 different songs, and I’ve eliminated some. The basic M.O. is that these are, in large degree, my favorite songs.

Q: Do you have so many Beatles songs on the list because Glen, Bob and John know them from being in The Weeklings, or is that just the way it would have been no matter who you were working with?

A: Well, The Beatles are such a pervasive influence. And what’s an interesting trend, judging by the rosters of the kind of places I play, which are small theaters and large rock clubs, is this proliferation of tribute bands. The original bands, largely, are not playing anymore, so people are taking this music, whether it’s The Beatles, or Tom Petty, or Fleetwood Mac … we’re not that, because our thing is based on a lot of the songs that I played when I was a young drummer, coming up. And then, the songs I became a fan of.

So, yeah, there are a lot of Beatles songs. I pretty much stay away from the very orchestrated Beatles songs. But in the old days, the ’60s, you did your best to replicate Beatles songs. I’m sure we weren’t very good, in those days (laughs). But I used to just sit and study Ringo Starr. And all those drummers, but particularly Ringo. So, for me, it was about playing along to the record, but playing exactly what he played.

In ’67, my interest in music turned almost exclusively to soul music, as opposed to the British Invasion groups, which I still enjoyed. But my focus in drumming, and what I listened to … was Stax, and Muscle Shoals stuff, stuff that wasn’t as musically complicated. It’s all the feel.

So this show, as you saw … it’s a party, it’s not a concert. That’s the main concept. This will be the third time, I think, we’ve done this show at the South Orange Performing Arts Center, and we get a pretty good crowd. Of course I grew up in Maplewood and South Orange, so this is kind of a hometown affair for me.

Q: To mention another drummer who must be on your mind these days … Hal Blaine died recently (March 11). He loomed large in your life and in the lives of so many other drummers. I know you interviewed him for (Weinberg’s 1984 book) “The Big Beat,” but did you really get to know him well, over the years?

A: Yeah, Hal was a dear friend of mine. I spoke to him a few weeks ago, after … he had a big blowout birthday party on Feb. 5 in Los Angeles that was thrown by a lot of his friends. I couldn’t make it; I was working that night. But the guest list was incredible. Charlie Watts was there. Jim Keltner, of course. Friends and admirers. He was 90.

Hal and I met in 1978, through a guy named Harvey Kubernik … I think he’s still a writer, but he was kind of a major rock chronicler of Los Angeles music, at that time. West Coast sounds.

Bruce and the E Street Band were playing at The Forum, and then we had the next day off, and the following night we were playing at this small Roxy club, which I think is still there. And on that day off between, Harvey called me and said, “Would you like to meet Hal Blaine?,” who I’d been a fan of since (he played on The Ronettes) “Be My Baby.” I knew who the people were who made those records, just from reading in magazines. He played on more hit records, and certainly more sessions, than anybody else alive, by probably a multiple of 20, if not 50.

So Harvey took me over to his house, and that was the first time I met him. And we stayed in touch. And he was the kind of guy who would stay in touch. He was the funniest guy in the world. And as he got older, he got less mobile. He stopped drumming. But the Internet became so pervasive, and three to four times a week, he had an email blast list, and I was on it, and he would send jokes. He started his career as kind of a warmup guy — they used to call them tummlers — for comedians in New York, in the Borscht Belt. And Massachusetts had its own area of the Jewish hotels; he was from Holyoke, Mass. So he’d send these, very often politically incorrect jokes. But they were hysterical.

We’d talk a couple of times a year. But when I was on TV (as the leader of the Max Weinberg 7 on Conan O’Brien’s late night talk show), and I was still playing visibly as a drummer, every night, he got such a kick out of it, because I was very open about my love for his drumming, and personally, he as an individual. A big influence on me, and Bruce, and Steven (Van Zandt). Everybody.

We used to do sessions where Bruce would say “Hal,” which would be an indication for me to play a certain style. There’s an outtake of the song “Racing in the Street” that was done very much in the style of the Beach Boys’ “Don’t Worry Baby” (which Blaine played on).

Q: Speaking of the “Big Beat” book … and thinking about the success of Bruce’s “Born to Run” book, have you thought about doing a book that would be your memoirs?

A: I get asked that a lot. As I’ve learned from Bruce, you need … ’cause I was with him a lot … I mean, we were all with him a lot when he was writing it. At night, after the show, taking out his legal pads, on the plane, and he would write in pencil, on legal pads. It’s about finding your own voice. It’s not enough to just string a lot of anecdotes together.

I’ve got a million anecdotes. I don’t know if I’ve got that voice yet. I’m still relatively young to do that. And I’m playing so much. But I think his book was just a tour de force. I loved it.

I’ve actually sat down and written things. I haven’t done anything with it. But I’ve sat down and just said, “Okay, I’m going to take this one little episode …”

I think my particular story is discovering what I could do with drumming, going from a fairly talented amateur to a professional to someone who had the opportunity to continue exploring the drums, throughout my life. Which is rare. And in my case, I feel I got better and better, because I had so many great opportunities to play, and excellent musicians to play with, in and out of the E Street Band.

The cover of The Max Weinberg 7’s self-titled 2000 album.

The years I spent on TV were unbelievably educational to me. I used that band as a workshop, for myself. What a phenomenal opportunity, to have six phenomenal musicians, at your disposal, being paid by somebody else. It was amazing. So I could play whatever I wanted, or ignore what I didn’t want to play. And very often on that TV show, two or three times a week, we were tasked with backing people up. So it might be a style that I wasn’t terribly familiar with. I ended up playing with Tony Bennett — a legend! I had not done that kind of playing before. But you have to rise to the occasion.

I’m doing a guest shot with the Buddy Rich Orchestra, the day after SOPAC, at The Cutting Room in New York. Cathy Rich, Buddy’s daughter, leads the band. She sings, and tells stories. There are great young musicians in the band, playing Buddy’s charts. Her husband plays drum — a fabulous drummer. And I’m going to sit in and play a couple of tunes with them.

So I keep my hands in a lot of different areas. I still have the Max Weinberg Quintet. I don’t play with that group as much as I used to, but it’s kind of a reflection on the hard-bop era of the ’60s. Art Blakey. Horace Silver. That type of mid-’60s jazz.

But this Jukebox thing, I’m really having fun with it. Everybody’s very busy, so we do have subs for each position, but I call John Merjave, Bob Burger and Glen Burtnik the A Team, because it’s effortless, and … we’re all such fans of the music. And people pick up on that.

And SOPAC is a great, intimate venue, and it’s in my hometown. And I recommend that people go to Bunny’s restaurant for dinner, before the show.