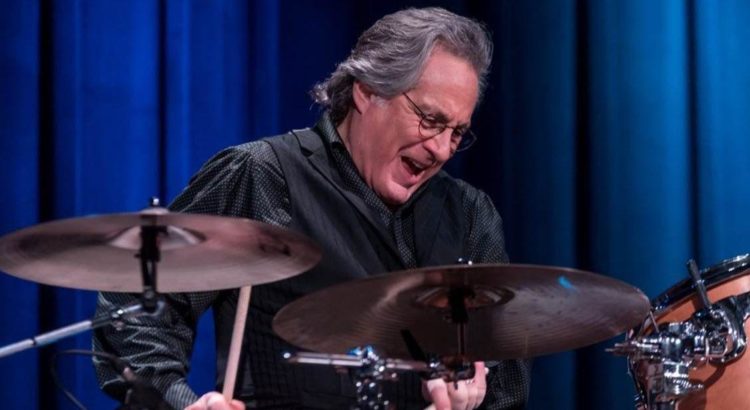 The other week, Max Weinberg’s Jukebox was playing a bar in Minneapolis, and somebody shouted a request for the Rolling Stones’ “Paint It, Black.” And while the longtime drummer for Bruce Springsteen’s E Street Band was pounding through the cover version with his band of rock ’n’ roll barroom veterans, he realized something: “The middle section of the song ‘Candy’s Room’ is ‘Paint It, Black’ on the drums.”

The memory prompts a long story about how Weinberg came up with the drum part for the 1978 classic on Springsteen’s “Darkness On the Edge of Town” album. The Stones homage was “subconscious,” he says, but the distinctive high-hat roll that opens the song is straight from R&B superstar Barry White’s catalog. White’s elaborate orchestra, and spinoff groups like Love Unlimited, tended to start lush love ballads the same way.

“He used the high-hat a lot with ‘come here, baby’ spoken-word introductions over it,” Weinberg recalls. “If you were a studio drummer, you wouldn’t normally do that, because it puts way too much emphasis on the drums. But Bruce’s description of how he wanted his music to come off was ‘tension and release’ — which is very orchestral. Through the bridge, that’s when I played ‘Paint It, Black.’ I didn’t realize it at the time.”

Weinberg, 67, also the former late-show bandleader for comedian Conan O’Brien, put out an interview book of rock drummers in 1984 called “The Big Beat,” and has an endearing habit of telling long stories rather than simply answering questions. Some of those have to do with his Jukebox tour of the last several months, in which he displays a “scroll” of 400 songs, from David Bowie’s “Rebel, Rebel” to Tom Petty’s “American Girl,” for the audience to select on the spot. “People just yell out songs and I pick on people,” he says. “What I hope to create is a bit of a sense of bedlam, which raises the excitement level.”

He began the project after Springsteen wound down his international “The River” tour, suggesting he doesn’t like to sit around long. “I like to play the drums! It really, simply comes down to that,” Weinberg says in a 40-minute phone interview. “As much as I like watching ‘Law & Order’ reruns on TV, I’d just as soon go out and play a road show.”

Some of his stories, of course, have to do with the E Street Band. The Newark-born drummer — he may live in Florida but he still has a New Jersey area code — joined Springsteen’s outfit at the perfect time, in 1974, just as it was about to take off with the “Born to Run” album. He replaced Ernest “Boom” Carter, who in turn had replaced the busy, Keith Moon-style founding drummer Vini “Mad Dog” Lopez. (Weinberg has never seen Lopez play, but he will toss in what he calls a “Vini Lopez-ism, this little, galloping bass-drum beat,” often prompting a wink from E Street bassist Garry W. Tallent.)

Weinberg had responded to an ad in the Village Voice, auditioned twice and joined the band. It was at a point when rock critic Jon Landau had signed on as an adviser and encouraged Springsteen to simplify his drum sound, taking it away from a jazz-fusion style that Weinberg refers to as “the marriage of late-bebop drumming and rock ’n’ roll.”

Weinberg, too, had been “infected” somewhat by this style, he says, but Landau showed up and immediately rearranged the rhythmic furniture. “The first thing he did was focus on the bass drum,” Weinberg adds. “It was crucial. If you listen to the first two records, they’re just bursts of energy and they have their own romantic charm, like a supernova. (The band) just couldn’t have sustained itself with that kind of rhythm approach.”

As Springsteen and the E Street Band turned into superstars, Weinberg’s drumming became a crucial part of its sound, from the roadhouse rock of 1980’s “The River” to the booming march-time of 1984’s “Born In the U.S.A.” Springsteen called Weinberg “The Mighty Max,” and he evolved into one of the band’s steady personalities. “What Bruce needed in a drummer was someone to bring power and streamline the approach,” he says.

When Weinberg was growing up in Newark, his father played violin, his mother was a singer and his sisters played piano — of one of them, he says, “If I had her talent, and she had my drive, we would have been Barbra Streisand together.” In contrast to Springsteen’s iconic back story, in which his father hated him and his guitar, Weinberg’s parents bought him a drum set for $125 and let him play for money at the sixth-grade graduation dance.

His parents ran a summer camp in the Pocono Mountains, and when they ran into financial trouble, teenage Max’s $70-a-week gigs helped bail them out. “They were into whatever I was into,” he says. “I wanted to be a placekicker. Anything to get me away from playing football, to keep me from getting hurt, they encouraged. I’ll tell you what, I’m so glad they made that decision. I’ve had my injuries, but they’re all from drumming.”